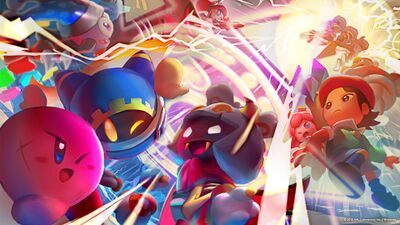 I would like to nominate this wallpaper of Dream Friends protecting Kirby while battling The Three Mage-Sisters tag-team battle in Heroes in Another Dimension. It has a quite dramatic flair while depicting many characters from the series. Not only that, but discussions in the discord server have also mentioned that it would make a good featured image. GoldenDragonLeaf (talk) 04:18, 30 January 2023 (UTC)