Kirby: Fright to the Finish

This article is about the movie compilation. For the final episode of the anime, see Fright to the Finish. 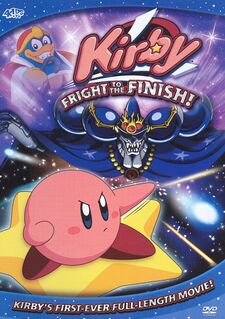 The front DVD cover for Kirby: Fright to the Finish

Kirby: Fright to the Finish consists of the following episodes of Kirby: Right Back at Ya, modified to seamlessly transition into each-other and in the following order:

The total running time for the movie is approximately 85 minutes.

In addition, the DVD release contains the following bonus features: