From WiKirby, your independent source of Kirby knowledge.
(Redirected from Color changes)
Jump to navigationJump to search 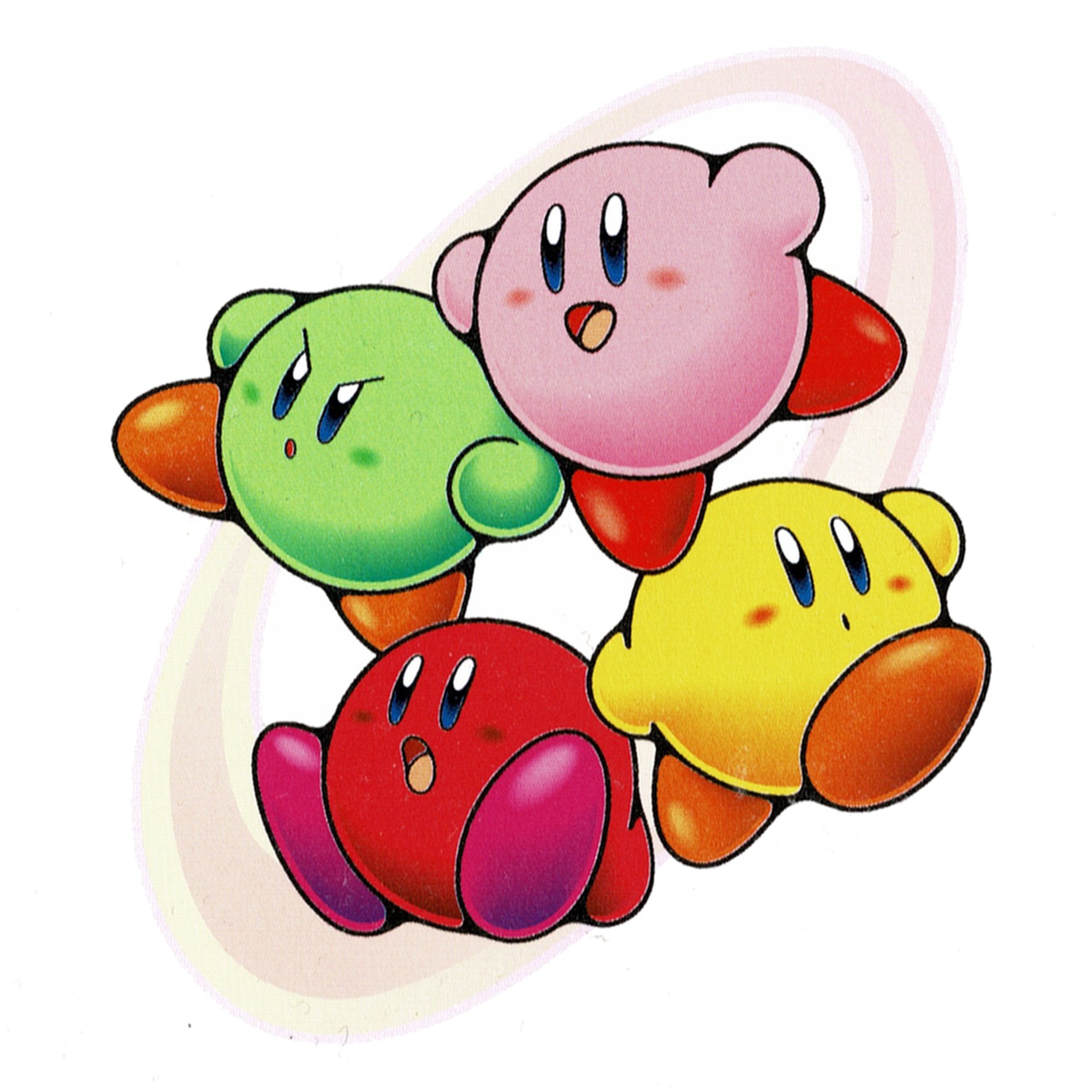 Colors refers to the different colors, color schemes and palettes that can be applied to Kirby and other characters, enemies, or objects. Most commonly, it refers to alternate colors that the player can choose for Kirby to be. While Kirby is most well recognized in his native pink, he has been seen in a great many different shades and hues throughout the Kirby series, especially in multiplayer games and Sub-Games.

The following will go over other colors of Kirby (and others where applicable) in each game in the Kirby series. Games that do not offer color changes will not be listed:

Before the introduction of Copy Ability hats, several abilities distinguished themselves in Kirby by changing his color. Many abilities, such as Needle, Wheel and Stone change Kirby to a more orange hue, while Ice and Freeze change him to a light blue.

In Kirby: Nightmare in Dream Land, red, yellow and green Kirbys can be seen in the Sub-Games. These could be controlled by other players.

In both versions, enemies and Mid-Bosses can also come in several different colors. Waddle Dees for instance, could be orange, blue, green, yellow, red, purple, or even monochrome. In Kirby's Adventure, these different enemy and Mid-Boss colorations are a result of palette limitations, but this is not the case for Nightmare in Dream Land.

In this title, a yellow Kirby (officially known as Keeby) is controlled by the second player. This is the first instance in the series of multiple Kirbys in a game, distinguished by color.

Although Copy Ability hats were introduced in Kirby Super Star, additional color changes to Kirby were still present on many abilities. Examples include yellow for the Beam ability, green for the Plasma ability, blue for the Ice ability, and purple for the Ninja ability, among others.

Enemies, Mid-Bosses, and even Bosses could also come in different shades and hues. A prime example of this is the Boss Chameleo Arm, whose color is random each time Kirby encounters it. Kirby can also use the Paint ability to change Chameleo Arm's color mid-fight.

In Kirby Super Star Ultra, the green, red and yellow Kirbys can be seen and played as again in the Sub-Games.

In the Sub-Games, picking multiple Kirbys will cause the others to be assigned a different color. These can be pink, yellow, blue, or green. This can also be done for the other playable characters in the group; King Dedede, Adeleine and Waddle Dee. This was the first game in the series to introduce Blue and Green Kirby as selectable colors.

In this title, the player has the option of choosing between several different colors for Kirby, some of which need to be unlocked by completing objectives in the Checklist. Different colors can also be chosen for Meta Knight and King Dedede. They are as follows: 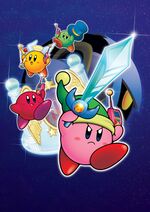 Although they were first seen in Nightmare in Dream Land, the red, green and yellow Kirbys feature prominently in this title, and are given a role in the main story mode. These can be controlled by the CPU, or by other players. In addition to these, a fifth Kirby can be found in the game, with a very dark gray hue.

In addition, the player has the option to change Kirby's color using Spray Paint.

Like in Kirby & The Amazing Mirror, the player has the option of changing Kirby's color using Spray Paint, though this time there are some new colors to choose from, and the colors will also apply to Kirby's abilities in various ways, as well as the Copy Palette. Gold Waddle Dee also appears as a different color of a Waddle Dee in this game as well.

The red, green and yellow Kirbys also appear again in the Sub-Games.

In this title, the color of a Mini-Kirby indicates their state of health. Pink indicates full health, blue indicates low health, and white indicates no health.

In addition to Meta Knight, King Dedede and Bandana Waddle Dee, secondary players can choose between a yellow, blue or green Kirby to accompany the standard pink Kirby, both in the main game and in Sub-Games. 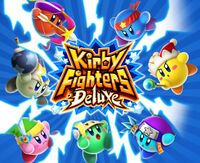 In the Sub-Game Kirby Fighters (and in the expanded spin-off Kirby Fighters Deluxe), the player has a choice between many different colors for Kirby. These include the following:

Using amiibo, Kirby can be given a number of different colors in addition to Copy Abilities. As an example, the Smash Bros. series King Dedede amiibo gives Kirby the Hammer ability, and also turns him yellow. 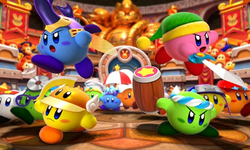 A still from the opening movie showcasing several different colors of Kirby.

In Dedede's Cake Royale, a device called the Kirby Printer exists, capable of creating clones of Kirby, though all of these clones come in shades other than pink.

In multiplayer modes, the player has the option of changing Kirby's color, as well as the colors of other characters. Options include the following:

The standard yellow, blue, and green Kirbys can be seen in the Sub-Games. While the alternate-color Kirbys don't appear elsewhere in Story Mode, The Ultimate Choice and Heroes in Another Dimension, yellow, blue and green palettes of every friend and Dream Friend are available too.

Shadow Kirby from Kirby & The Amazing Mirror also makes a cameo appearance in the skies of Jambastion, carrying over his original dark, monochromatic appearance from the original game.

The four Kirbys return in this game with their colorations carried over from Team Kirby Clash Deluxe - pink, yellow, blue, and green.

Shadow Kirby once again appears in this game as a boss, but his color is completely void-like black with white swirls and outlines, resembling his appearance from the previous Kirby Fighters entries. He cannot be unlocked as an alternate color unlike in Kirby Fighters Deluxe.

Kirby's Dream Buffet is set to have a full selection of unlockable colors for Kirby, which can be chosen from the Costumes and Colors menu. As of now, not all of the formal names for these colors are known, but the following have been shown:

Each game in the Super Smash Bros. series has provided alternate choices for color for Kirby and other playable fighters. Different choices are available in each title:

(Note that the green Kirby was only available during Team Battles.)