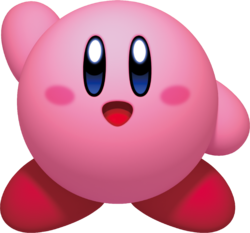 Founded in 2010, the wiki strives to be a massive, detailed, professional, and charming repository of Kirby knowledge on the web, while remaining independent in operation both from Nintendo and from wiki farms such as Fandom or Miraheze. WiKirby operates under a formal alliance with other video game wikis in an organization known as NIWA, and seeks to cooperate with these partner wikis in any way possible, whether that takes the form of linking to them via hyperlinks in article text, or sharing information, strategies, and editors with them.

WiKirby first came online on January 24th, 2010. It was created as a joint effort from users from other NIWA wikis, namely Tacopill of Lylat Wiki, Adam of Zelda Wiki, Moydow of Fire Emblem Wiki, and Axiomist, who became WiKirby's original owner. These users and others worked diligently to create the groundwork for the wiki and saw it through the early days, dealing with many problems along the way. Around this time, there were negotiations for WiKirby and the Kirby Wikia (now known as the Kirby Wiki on Fandom) to merge into a single community, but these ultimately fell through.

As time went by, Axiomist continued his work, and new users came to occupy the upper echelons of staff via their efforts, including Vellidragon and T.c.w7468. Unfortunately, Axiomist (real name Joshua P. LeJeune) passed away on March 18, 2011 at only 30 years of age. Vellidragon assumed the mantle of WiKirby's lead administrator and bureaucrat, while Tacopill assumed the role of server host under grifkuba, and Dr. Archaic came to hold the domains. Not long after Axiomist's untimely death, the wiki fell into a state of dormancy for several years.

From then on, activity continued on the wiki in fits and spurts as the Discord server slowly grew, with both communities benefiting greatly from the partnership and eventually merging into one. Additionally, affiliations were made with another independent fan site known as Kirby Informer. Not long after WiKirby surpassed the 3,000 article milestone in 2019, Vellidragon fell into inactivity, and Fubaka was elected as the first official Editor-in-Chief under Tacopill's supervision.

In March of 2020, Fubaka retired from the Editor-in-Chief position, and an election passed the role to YoshiFlutterJump. It was around this time that Project Clean-Up was started, which heralded a period of extensive renovation and overhauls for the wiki. YoshiFlutterJump retired in April of 2021, and a third Editor-in-Chief was elected in his stead, Gigi, who currently holds the position. On the 29th of October, 2022, WiKirby switched server hosting from grifkuba to System Theta, headed by Ampera and Soveia, dropping its use of advertisements in the process. The wiki has come a long way since its period of dormancy, with up to hundreds of edits being made daily by its steadily growing user base, and the 4000 article milestone approaching.

WiKirby has become fairly complete when it comes to information about the games, characters, anime, and other details relating therein (with the most notable exception being glitches pages, which are still largely incomplete). These days, much of the focus when it comes to new content comes in the form of making pages for the novel series, music pages, merchandise, and other extended media outside of the games themselves. In addition, many existing pages are being refurbished to make them cleaner, more complete, and more concise. Anyone who wishes to assist with these efforts can find more specific instructions on the Maintenance or Current events pages.